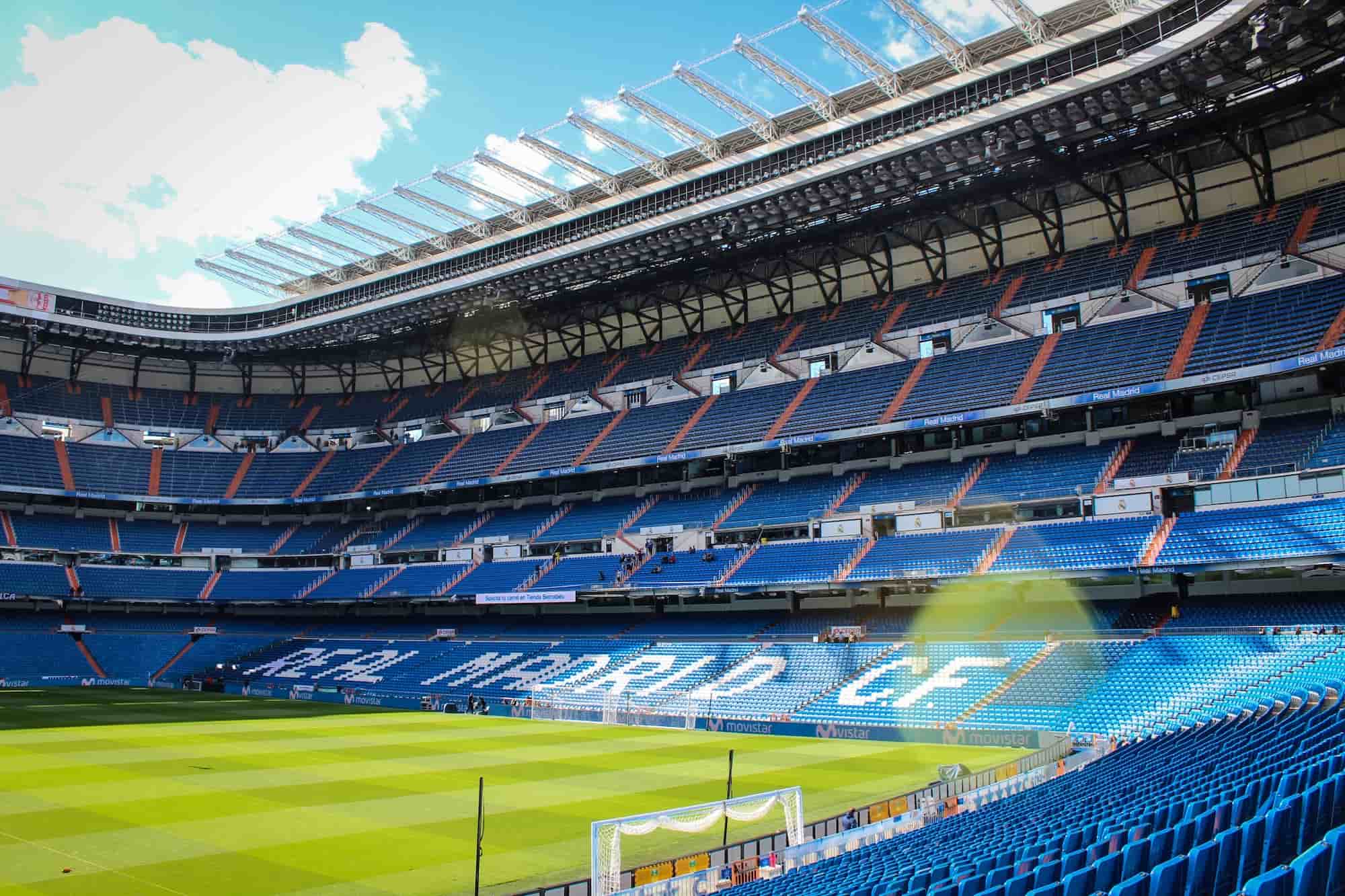 The Spanish capital is home to one of the most emblematic football stadiums in the world. Famous all over the world the club is coached by the famous Zinedine Zidane and the team is composed of the best players in the world.

The stadium is one of the largest in the world and can accommodate up to 80,000 people on a match day.

If you are a football fan and support the Real Madrid then a visit to the Santiago Bernabéu stadium will be one of the best experiences you can have during your holiday in Madrid.

In this article you will find the complete guide to enjoy the Real Madrid tour during your visit to Madrid.

What to see and do at the Real Madrid tour?

Who has never dreamed of feeling the sensation of being on the pitch of one of the world’s biggest stadiums.

Visiting the Santiago Bernabéu stadium is a unique and powerful experience that you will never forget. Imagine your children realising their dream of walking in the footsteps of their idols as if they were going to play a game.

During this visit you will get a global view of the Santiago Bernabéu stadium and will be able to feel what the players feel during a match.

During the Real Madrid tour you will see :

Located in downtown Madrid on the Paseo de la Castellana, the Santiago Bernabéu stadium was inaugurated in December 1947. In 1955 it was renamed Santiago Bernabéu (formerly known as the New Chamartin Stadium) in honour of the president of the time.

Evolution of the Santiago Bernabéu stadium

It was in 1943 when Santiago Bernabéu was elected as coach that he decided to enlarge the stadium in order to grow the club and become an important player in European football. One year after construction began for three years, the stadium can now accommodate more than 75,000 people. For the record, the Real Madrid club won its very first game in the new stadium.

Good news for Spain and Madrid, the Santiago Bernabéu Stadium was designated to host the 1982 World Cup, however the stadium is no longer up to FIFA standards and needs to be renovated to host the final. The renovation will take almost a year and a half and will reduce the number of seats from 120,000 to more than 95,000, partly due to the addition of a roof to protect the stands.

Thanks to this event, the Santiago Bernabéu stadium is being modernised to become one of the best equipped stadiums in Spain.

Florentino Perez becomes the new president of the Madrid club and also wants to enlarge the stadium to improve the comfort of players and spectators. The official shop will be created, as well as VIP areas and a more efficient heating system in the stadium, which will increase the turnover during matches. In 2007 the Santiago Bernabéu Stadium played its 1000th match and was awarded the status of “Elite Stadium” by UEFA.

The Santiago Bernabéu stadium is undergoing a major transformation to become one of the most modern stadiums in Spain in 2023 with a roof covering it completely.

What to see during the Real Madrid tour

Taking part in the Real Madrid tour is an experience rich in emotion, here are the important rooms and places you will be able to visit.

Panoramic view of the stadium

The Real Madrid tour starts with one of the most impressive views of the stadium.

You will have the opportunity to enjoy a panoramic view of the stadium from the stands. An ideal place to take a picture of one of the largest football stadiums in the world.

Once you have passed the bleachers you will go to the stadium museum, which tells the history of the club and the players who played there. This part of the visit is the most interesting and will allow you to relive the best moments of the Real Madrid team.

Take a picture with one of your favorite players

A stand has been set up to take a photo with one of your favourite players (photomontage) to have a unique souvenir of your Real Madrid tour.

It is possible that the locker room visit is not open to the public on match days, for more information please contact us.

Take a seat in the substitutes’ bench and experience the technical area as if you were a first-teamer on a match day. Experience a unique and exciting moment at the foot of the pitch.

Live the Real Madrid tour with a private guide

The Santiago Bernabéu stadium is one of the most visited places in Madrid, a true temple of world football.

The Real Madrid tour is an experience you won’t forget. Visiting it with a guide will make the experience even more intense with authentic explanations from a Madrid club enthusiast.

Take advantage of your guide to take the best photos, learn all about the players and the history of the stadium.

At Madrid Discovery we like to please our visitors and offer them unique experiences that they will never forget.

The Real Madrid tour is very often requested by families and the returns are full of happiness and joy especially for the younger ones.

In order to offer you a comfortable, unique and private experience, we take care of buying the tickets in line for you, your guide will pick you up directly at your hotel and we offer you a taxi ride from the hotel to the football stadium.

Thanks to this complete and unique service you will live a privileged moment with a French-speaking guide.

If you have any questions about our visit to the Santiago Bernabéu stadium please do not hesitate to contact us, we will propose you a visit adapted to your needs.

Attend a football match at the Santiago Bernabéu

The Santiago Bernabéu stadium hosts many matches during the year, if you visit Madrid look at the calendar of matches played at the Real Madrid stadium, you might have the opportunity to watch a La Liga match, Champions League match or the famous classico between Real Madrid and FC Barcelona.

Tickets for the matches usually leave quite quickly, we recommend that you book them at least 3 weeks before the match date, this will allow you to get good seats and enjoy the match to the fullest.

If you are visiting Madrid with your company or organizing a school trip then the Santiago Bernabéu visit will be an activity that your group will enjoy.

We will organize the visit to the stadium according to your request, if you wish to privatize the stadium completely we can arrange this for you. Don’t hesitate to contact us to give us your briefing and we will take care of the rest.

How to get to the Santiago Bernabéu stadium?

To get to the Santiago Bernabéu stadium nothing could be easier, if you take the metro it will be line 10 and a station named after him.

All the taxis in Madrid know the football stadium, it is one of the easiest options to avoid wasting time during your stay in the capital.

Timetable of the Santiago Bernabéu

The Santiago Bernabéu Stadium is open every day of the year except on 25 December and 1 January.

If you like to visit the mythical places of world football in your travels then this visit will be perfect, very pleasant to visit the football stadium of Santiago Bernabéu will not leave you indifferent and will make you live a unique moment full of thrills. 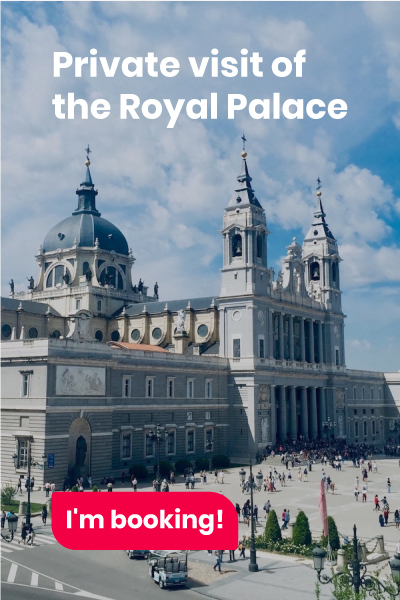 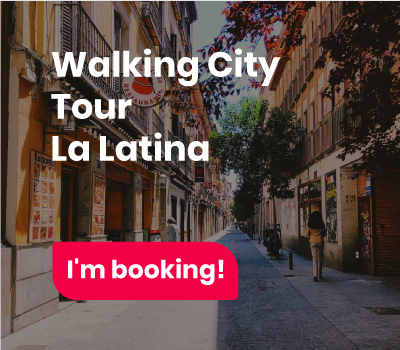 During our holidays in Madrid, we enjoyed a private visit to the Museo del Prado in French. Our guide Maria, a passionate art historian, made the visit particularly interesting. We were able to learn about the history of the monarchy through the paintings of Bosch, Goya and Velázquez. I highly recommend this visit.

Amy R.Chicago
For our first stay in Madrid we booked a visit to the royal palace. Our guide Carmen was very kind and attentive to our questions. This palace is magnificent and visiting it with a private guide is an experience I recommend!

Discover Madrid as you have never seen it before and live an unforgettable experience with our team of English speaking guides! 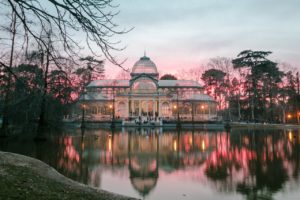 The Retiro Park, the green lung of Madrid

Take advantage of your stay in Madrid to go for a walk in the Retiro Park. Discover our unique and authentic guide to enjoy this beautiful park. … Read More 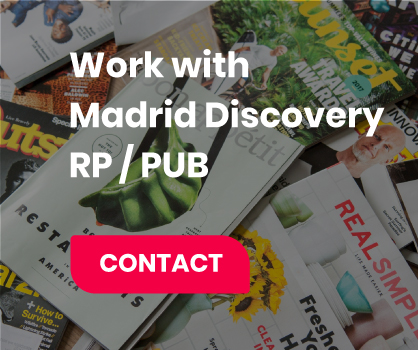 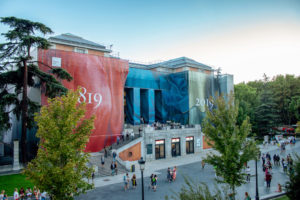 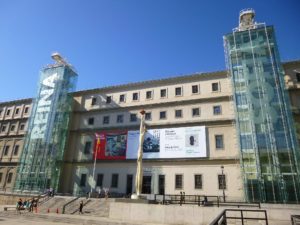 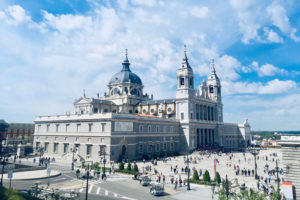 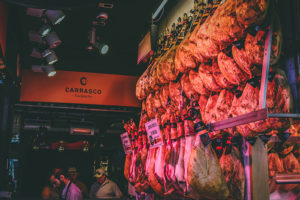 Lire plus ->
Posted by Madrid Discovery on 27 July 2020 | Featured
Comments are closed.